The Labor Market is on Fire!

A JOB FOR EVERY UNEMPLOYED PERSON

The United States now has a job opening for every unemployed person in the country, a sign of just how far the nation has turned around from the recession that cost so many Americans their jobs nearly a decade ago.

The Labor Department reported Tuesday there were 6.6 million job openings in March, a record high — and enough for the 6.6 million Americans who were actively looking for a job that month.

“The labor market is literally on fire it is so hot with job openings,” said Chris Rupkey, chief financial economist at MUFG Union Bank.

Now is the time to work with PWW Recruiting, we have exclusive positions across all job markets and regions! 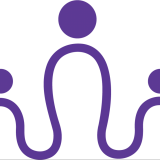 Dr. Contessa Petrini is the Managing Director of PWW Recruiting. She manages the daily operations of the agency along with business development and strategy. Dr. Petrini also develops training and seminars in the areas of Recruiting, Sourcing, and Business Development.

This site uses Akismet to reduce spam. Learn how your comment data is processed.